DarkCon 2014 was a fantasy, science fiction, media and gaming convention with a Cyberpunk aesthetic.

On the weekend of January 9 through January 12, 2014, Phoenix Arizona hosted a fantasy/science fiction convention like no other – DarkCon 2014.

DarkCon 2014 was a fantasy, science fiction, media and gaming convention. It was darker and grittier than most such events. It featured cutting edge guests and programming, art of all kinds, make-and-take workshops, a fantastic merchant room, costuming, plus all manner of gaming and many special events. From the best themed parties ever seen, to the legendary VIP member perks, DarkCon is famous with fans and professionals for quality and attention to detail.

We provided a sensory experience for our attendees with an ambiance geared towards cyberpunk. Also, workshops where our fans created cyberpunk and steampunk accessories for their costuming. Techno-mages, mad scientists, vampires, enforcers, wizards, and dystopian heroes/heroines engaged in all manner of activities. There were dances, parties, concerts, great programming (adult and otherwise), and lots of stuff to see and do!

1. Hotel – The site was appreciated by virtually everyone. There was some trouble with setups, and the expensive Guiness with them not being able to serve it was a definite challenge, but it was all worked out. The hotel was too expensive from the convention perspective, but provided great space for our events, and had a more modern and classy look to it than past hotels. The rooms were very nice.

2. Ambiance – Our Ambiance crew did a wonderful job creating the much-talked-about Cyber-village environment in the foyer, and doing all the decorations for the various themed events and parties.

3. Guests – Adrian Paul was our media guest, and worked out great! Many people came to DarkCon to see him specifically. Gini Koch, Mike Stackpole, and Susan Wright were great author guests, and were kept busy the whole weekend. The Author programming turned out to be quite well attended. Stackpole had 12 people attend his 2-hour author workshop. Our gaming guests Todd Vanhooser, John Wick, and Ken St Andre were busy all weekend doing game demos and speaking to attendees. ShadowRun game creator Tom Dowd came in from Chicago, and was very happy with the
interest in his extensive knowledge of gaming and game design. Our artist guests, Chris Wood, Mark Greenawalt, and Jocob Charles Dietz were very happy with the Art Exhibit, and the widespread interest in their work. Wood provided the art for the badges, and Dietz provided the artwork for the website and program book. Greenawalt did 2 beautiful body painting demonstrations.

4. All 50 VIP memberships were sold. The VIP Party was fantastic, attended by almost all the guests (including Adrian Paul). The Cyberpunkish themed food and drinks were both great. The VIP raffle had amazing prizes, and was a lot of fun. The VIP brunch on Saturday had exceptionally good food, and great people to talk with. The VIP bags were very cool, including the DarkCon Mugs, DarkCon Shot Glasses, and the Cyber-mask/flask set.

5 The Opening Gala performance by the band “Traveler” Thursday evening was very popular, and the music was out of this world! The Steakpunk Party with performance by “Keltic Cowboys” on Friday was also enjoyed by attendees, and the upstairs part of the party had a lot of great food and drink for everyone.

6. Programming was more extensive in 2014 than at past DarkCons. We tried to have enough programming to keep people busy and happy, without having too much. The balance was good evidenced by great attendance. We had Demos, Build-it Workshops, Literature, Art, Steampunk, Zombies, Game Design, Dr. Who, Filmmaking and more. Our varied adult programming was expanded this year, and was also well attended.

7. The Charity Poker game was an amazing event. The charity receiving the benefit was “The Peace Fund”, Media Guest Adrian Paul’s own charity. He played the entire evening. The charity received a total of over $1700 from the 50+ players participating at the event.
8. Attendance was 520+ bodies. It would have been nicer to have had a few more people, but we had enough to reach the “critical mass” we needed for everything to feel energetic and work properly.

9. The “Time Lord’s Ball”, a Dr. Who Themed Dark Ones Party featuring AZ T.A.R.D.I.S. went very well. We had large replica of the Tardis, and a full-size working Dalek and K-9 unit with a bunch of other cool ambiance. The Ball Room was busy, and was really cooking for the Dark Ones Anthem at midnight. The expensive keg of Guiness donated by the Dark Ones was appreciated and enjoyed by all. The attendance of the four Time Lords and Capt. Jack Harkness lent an air of timelessness. The upstairs party was well received with cool themed foods and drinks.

10. Lord Craig of the White Cliffs provided his fantastic Cordials for the three major parties. Everyone had a great time sampling his 40 different hand-made drinks. Adrian Paul was pleasantly surprised to find out how good the drinks were when he was guided in to see Craig.

11. We continued our tradition of Past DarkCons with our world class 24- hour gaming room, and Merchant’s area, both quite busy all weekend, and both received great feedback from attendees.

12. We experienced a professionally run film festival, and a very well attended Mystery Theater game. The expanded Classes and workshops were well-attended, and covered a lot more areas than previous DarkCons.

13. Tea Dueling was introduced to DarkCon in 2014, a fun tournament where you must control your biscuit above all else. The “Red Queen’s Tipsy Tea” was fun as well. All went very smoothly.

14. All those that helped run the convention participated in the Volunteer raffle on Sunday. We had a bunch of prizes from many different sources that included Art Work, DarkCon memorabilia, T-Shirts, Dr. Who Posters, and much more. Everyone there got at least one prize. The Staff Lounge was flawlessly executed, and kept all the volunteers happy.

15. To top it off, the world-famous pajama party was held on Sunday until late in the evening. All had great fun. There were some cool prizes given away, and there was much great food and drink.

16. We had a nice program book, with great artwork on the cover, and actually accurate information on the inside. We had a great pocket program this year that was very useful and accurate. The Art Exhibit was small, but very high quality with works from our 3 Artist Guests, and the Brose Brother’s Steampunk Museum. The DarkCon website evolved into greatness as we went along, and proved to be a fantastic resource.

17. There were great room parties by the “Serpent Ship”, the “Endless”, and the “AZ Corsairs” that kept people running about on Saturday night.

Conclusion – The experiment with the upscale hotel hit our profit line, but most people thought it was worth it. We tried a lot of new things that were almost all successful. There were few complaints, and the attendees were happy and enthusiastic about next time. All the guests were delighted with the way we treated them. Adrian Paul was happy, Tom Dowd was happy, AZ TARDIS was happy. Everyone that attended the convention was happy! 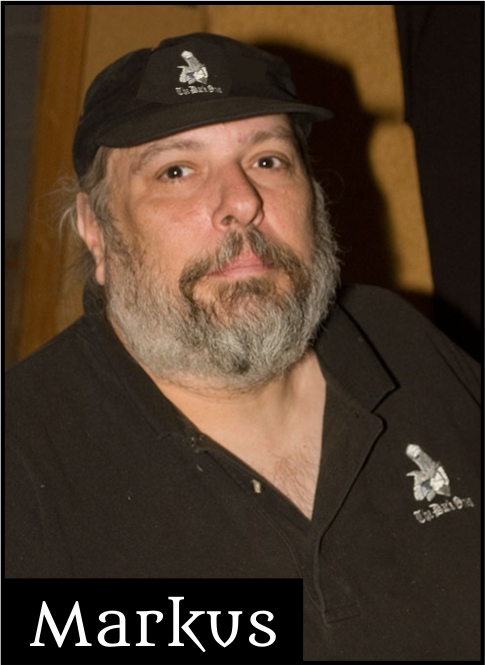 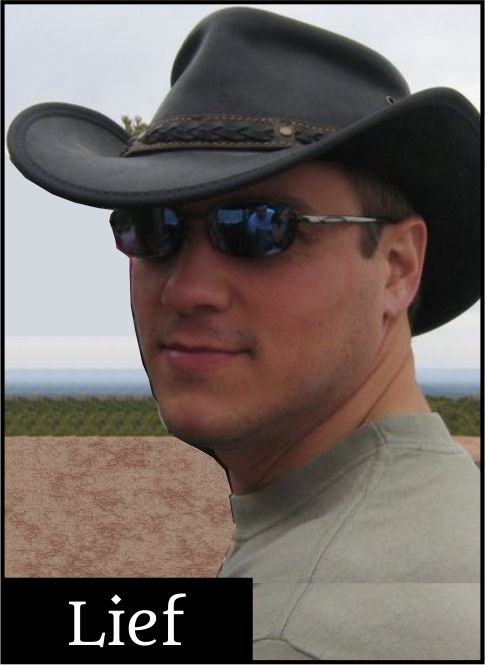